Research in the Purcell Lab is broadly focused on how and why different forms of social organization evolve and on the functional consequences of social variation. We investigate these questions in arthropods: social insects exhibit a tremendous diversity of social systems and serve essential functions in global ecosystems. To pursue these research avenues, we combine complementary approaches from population genomics, biogeography, experimental ecology, and animal behavior. Some of our recent discoveries and future research questions are described below. 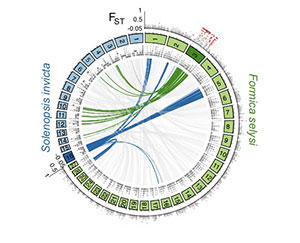 We identified a large portion of the genome that is tightly associated with a social trait (queen number) in a European ant species. More recently, we demonstrated that this “supergene” or “social chromosome” is also present in other species of the same genus. How do these alternative genetic variants control the social behavior of ants? Are large genetic variants frequently present in lineages with variable social organization? How is the genetic polymorphism maintained in natural populations? 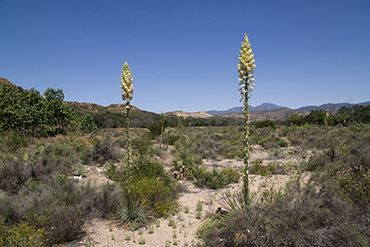 Many social arthropods, including spiders, native bees, and ants, exhibit consistent patterns in the distribution of social variation along environmental gradients. In Formica ants and Anelosimus spiders, for instance, societies consisting of a mother and her offspring are common in cooler environments at higher elevations, whereas societies containing multiple families are more prevalent in warmer, lower elevation habitats. Will climate change affect local ant and bee communities and their social strategies along these geographic gradients? How will the changing climate interact with invasive species (e.g., Argentine ants) to shape future insect communities? 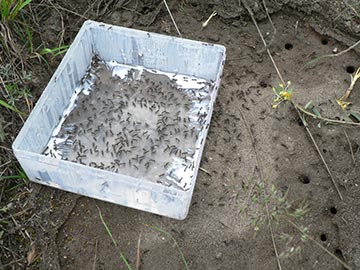 We are harnessing the variation in social systems found along environmental gradients to examine ecological factors associated with sociality and to carry out experiments designed to isolate the causes of these biogeographic patterns. We have used a variety of approaches, including reciprocal transplant and common garden experiments, to identify ecological factors that influence sociality. In particular, we ask which environmental variables shape focal social traits, and what mediates their influence? Would changes in any of these factors cause shifts in the behavioral or ecological strategies of resident species? 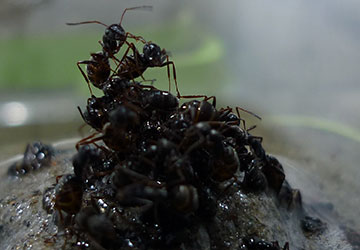 Cooperation within societies can enable groups to perform tasks that would be impossible for an individual. We investigate the synergistic effects of social behavior in several contexts: by studying the fascinating physical structures that social insects form by linking their bodies together (e.g., ant rafts) and by exploring how social insects increase their ability to resist disease by working together. We are also investigating how workers partition tasks in the colony and how they construct their nest structures under alternative thermal conditions.